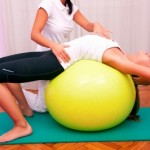 Abstract:
Purpose: This study aims to compare the effects of Chiropractic manipulative therapy of the cervical spine in conjunction with SpiderTech therapy in the treatment of chronic neck pain with regards to pain, disability and cervical spine range of motion.

Treatment consisted of 6 treatment sessions with an additional follow up consultation, with two consultations being performed per week interval. Subjective data and objective data was taken at the beginning of the first, fourth and seventh sessions. The subjective data collected was in the form of a Numerical Pain Rating Scale and a Vernon- Mior Neck Pain and Disability Index. Objective data consisted of cervical spine range of motion readings taken using a Cervical Range of Motion measuring instrument (CROM). Analysis of collected data was performed by a statistician. The Chiropractic manipulative techniques used were based on restrictions identified during motion palpation and were applied at the first six consultations, with the seventh consultation consisting of data gathering only.

To view the full research paper, please follow this link.

Poppin shìt you would think I went to school for chiropractor