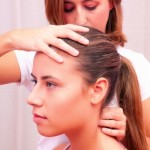 Purpose: According to Jonhagen, Nemeth and Erikson (1994), hamstring muscle injury as a result of weakness is prevalent. Hoskins and Pollard (2005) states that a previous or recent hamstring muscle injury is the most recognized risk factor for future injury. Given the high reoccurrence rate, hamstring injuries provide a significant challenge to the treating clinician. Knowledge surrounding the optimal treatment is critical to improve hamstring muscle strength in preventing these injuries.
The aim of this study is to determine the most effective treatment method, when comparing sacroiliac joint manipulation with or without dry needling and the effect it has on hamstring strength. Design: Thirty participants between the ages of 18 and 35 years old presenting with SI joint dysfunction and hamstring trigger points, were considered for this study. The participants were randomly divided into two groups of 15 participants each (group A and B). Group A received manipulation to the sacroiliac joint and group B received manipulation to the sacroiliac joint, as well as dry needling of the active myofascial trigger points in the semimembranosus muscles.
Each participant was treated six times over a period of three weeks. Measurements: All measurements were collected at the first, third and fifth consultation prior to treatment and on the seventh consultation where no treatment was performed. Subjective measurements included the McGill questionnaire and a visual analogue pain scale. Objective measurements included algometer, readings of pressure pain threshold of the hamstring muscle trigger points and hamstring muscle strength recorded using a dynamometer instrument.
Results and Conclusion: Group A and group B proved to have a statistical and clinical improvement overall. Group A had a better improvement in both subjective tests and in the objective tests. In comparing the statistically significant data for hamstring muscle strength in this study, it would appear that Group A responded better to treatment than Group B.
Although both groups did improve, it suggests that Group A achieved the greatest overall improvement. Therefore it can be suggested that myofascial dry needling of the hamstring muscle was found not to have an additive effect for improving vii hamstring muscle strength, it actually appears to have done worse. The reason for this might be due to the post treatment soreness after needling. This may cause muscle inhibition and decreased muscle contraction, due to the pain or tenderness, which could have affected the muscle strength. In conclusion, the results in this study show that chiropractic manipulation combined with dry needling did not have better results in improving hamstring strength.

To read the full research article, follow this link.

@waffles_beware Look for a chiropractor in your area. many have lab tech for x-rays, many have rates for those with… https://t.co/K9kYnulpEs